The UK Infant Feeding Survey provides valuable data about breastfeeding and bottle feeding across GB and NI. The latest survey was published in 2010 and covered babies born from 2005-2009. The survey tells us that 64% of mums and babies in Northern Ireland started breastfeeding after birth. By the time those babies had reached 1 week old 26% of those mums had stopped breastfeeding and moved to a substitute formula. That's over a quarter of the mums who wanted to breastfeed having stopped in the 1st week. The most common reasons for stopping in the 1st week are listed as:

The next few blogs will form a series looking at these reasons and the causes. The more pregnant mums know about normal breastfeeding and what interferes with getting started, the more likely they are to reach their personal goals. 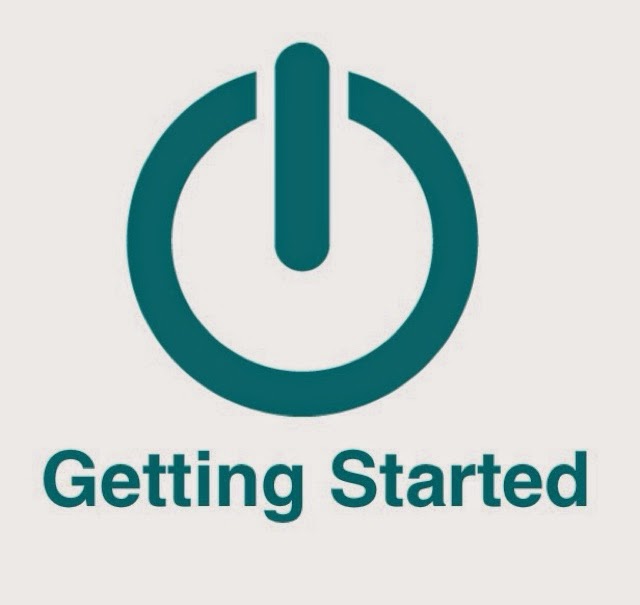 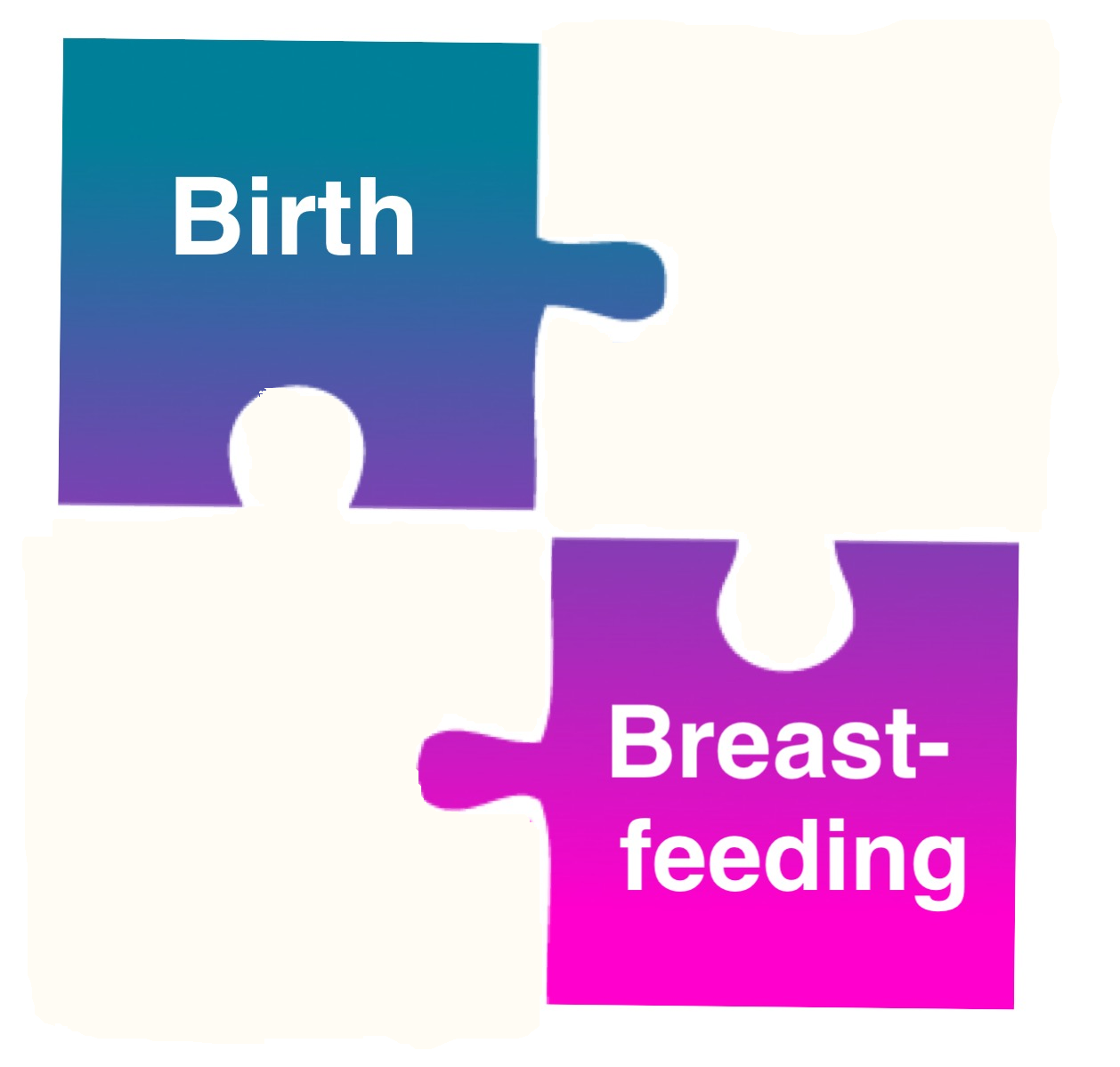 Breastfeeding doesn't just happen on it's own. It's a process which starts with birth, and what happens during and after birth can have a big impact on how easy it is to get breastfeeding started. We are actually really lucky in NI to have so many hospitals who are BFI (Baby Friendly Initiative) accredited. This means that after birth you should get skin to skin time with your baby. This is designed to allow time for your baby to breastfeed. BFI also means that babies "room-in" with their mum, which means they stay by mum's bed, rather than being taken to a nursery area.

Let's consider a common birth scenario in our hospitals.   A baby (let's call him Jack) has just been born.  It was a long labour, and his mum (let's call her Emily) is tired, but excited and wants to breastfeed.  Jack is placed straight on to Emily's tummy and she gets to see her beautiful baby for the first time.  She can't believe he is finally here.  During labour she had some pethidine, and it passed to Jack through the placenta and he is a bit sleepy.

The midwives help move Jack up to Emily's Breast and they gaze at each other. The room is busy. Emily's partner is taking pictures and texting family, the midwives are writing up notes and checking the placenta. After some time in her arms Jack is taken to the side of the room to be weighed and measured and then placed into dad's arms while the midwives provide some aftercare and checks to Emily.  Afterwards Jack is placed back in Emily's arms and in a few minutes he falls asleep. Jack and Emily are taken back to the maternity ward where she places Jack carefully in the maternity crib by her bed.
Time passes.  Emily feels like she would like to pick Jack up and cuddle him, but he is sleeping and she doesn't want to wake him.  Doesn't everyone say that you shouldn't wake a sleeping baby?  Anyway the midwives have suggested that she rest.  More time passes.  Jack is still sleeping.  She starts to get a little concerned that he hasn't breastfed yet, but he seems content in the cot.  She doesn't lift him, even though she really wants to hold this little guy that she has waited so long to meet.
Later a midwife comes to check if he has fed yet.  She lifts Jack and helps to latch him on, and he feeds.   Emily feels so happy.  She watches Jack feed and then fall asleep at her Breast.  She holds him a little longer and the and then places him back into the cot to sleep.  She goes to sleep too.  She is discharged a few hours later.  At home she tries to latch Jack and he latches but doesn't seem to suck.  Maybe her baby doesn't want to breastfeed?  Emily is discouraged and her confidence in her ability to breastfeed drops. 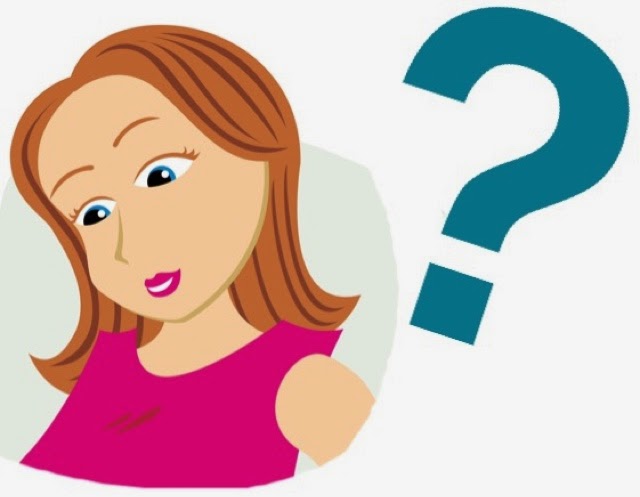 Babies are hard wired to perform certain steps after birth; steps which lead to breastfeeding. Studies looking at unmedicated normal birth found that when placed on mum's body, babies do the following in this order:

Open their eyes, massage the Breast, put hand to mouth, root, put moistened hand to the breast (which causes mum's nipple to become erect), extend their tongue, lick the nipple and finally breastfeed.

These actions also have an effect in mum. It increases mum's oxytocin levels which helps with milk let-down, uterine contractions and bonding. All these steps can take a little while, and a baby can only stay awake for around an hour or 2 after birth.

Our babies are primed to take advantage of this alert time with the inbuilt reflexes mentioned above to lead them to the breast and to latch, without any help from mum. A great example of a newborn crawling to the breast and self attaching can be seen here. So why doesn't this always happen? Lots of reasons. In Northern Ireland, birth often doesn't go as we planned. In the vast majority of births, some kind of intervention has happened, maybe mum has had pain medication which passes over the placenta, maybe there has been an instrumental delivery or a c-section. Interventions adjust the normal pattern after birth. Babies are very immature and the pain medications can make them a little sleepy so that the normal reflexes don't show in the same way. It may make them too sleepy to latch, as in the example of Jack and Emily, or alternatively it may leave their movements and their sucking uncoordinated so that although they latch, they don't remove milk well. If it was an instrumental delivery they may be bruised and a little sore and that may interfere with the normal steps to latching. Separation can also play a role. Studies have shown that separating mums and babies for only 20 mins can mean that when they are returned to mum, babies don't show the normal feeding reflexes. Since babies can only stay awake for a relatively short time after birth sometimes a baby falls asleep before having the first breastfeed, or may have latched but not actually fed. Many things can interfere with getting that first drink of colostrum, but getting breastfeeding started is about a lot more than the first breastfeed. The reality is that most of us in Northern Ireland will have some kind of intervention during the birth, so how can we maximise the chances of getting breastfeeding started well?

The importance of skin to skin 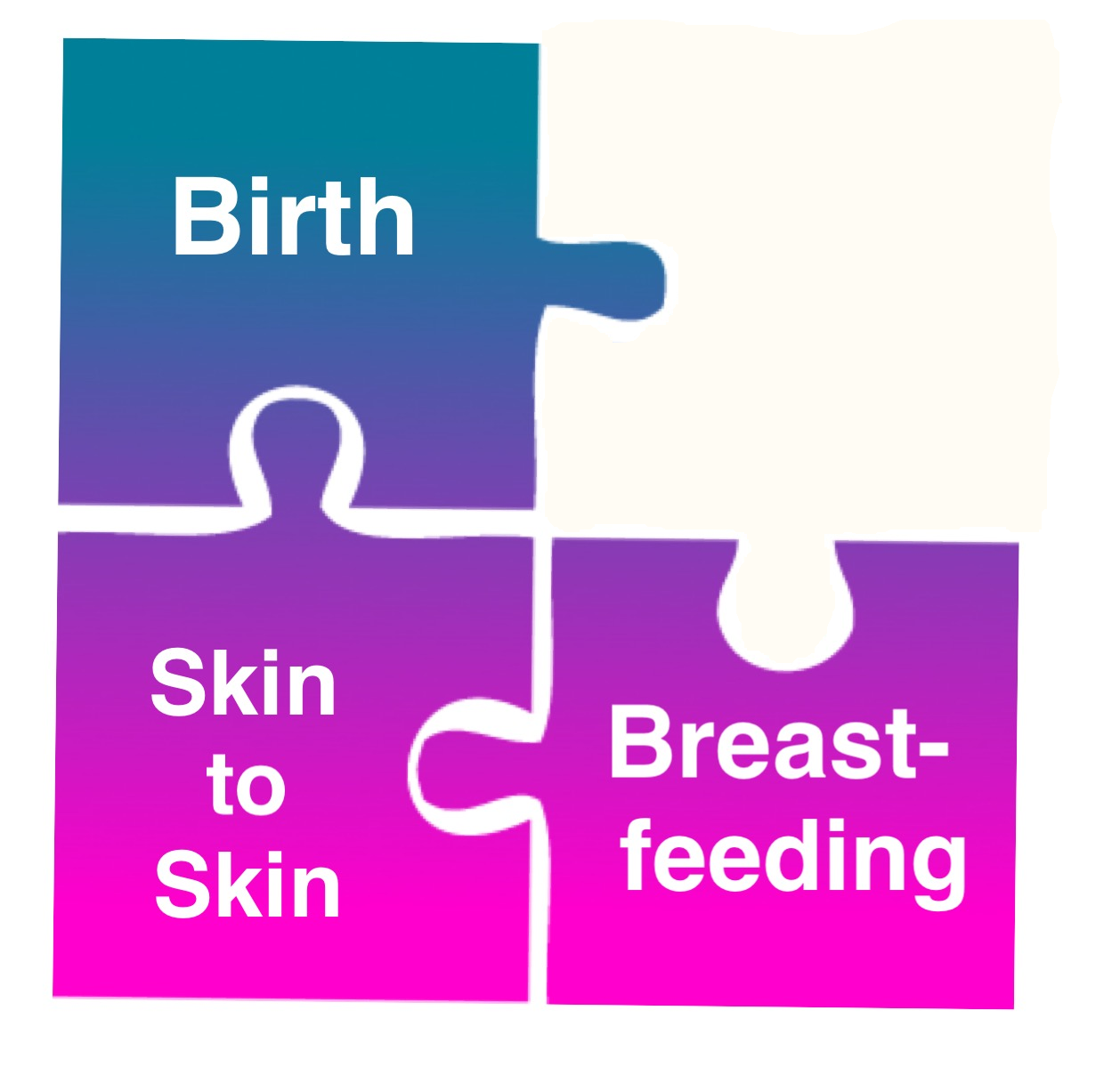 Babies are designed to be held on their mum's body after birth. The neonatologist Nils Bergman, describes how a mother's body is the baby's natural habitat and how a baby can tell if they are with mum even when asleep. When on mum's body a baby's nervous system is more organised and the baby is much more capable of showing clear cues and of coordinating movements to latch and feed. In the example above Jack slept in his cot rather than in Emily's arms. It is really common in our hospitals that a new mother watches her baby in his cot and wants to pick him up, but doesn't as she feels unsure of whether it is the right thing to do. It's ok to pick up your baby. Hold your baby. Enjoy your baby. It's ok that he is sleeping, he can sleep in your arms. Did you know that a baby can breastfeed while asleep? You may find that when your baby is in a light sleep, if you have him near your nipple, he may rouse and wriggle and latch on and that's how he gets his first breastfeed.

Remember those steps that a baby goes through to breastfeed after birth? They don't just happen straight after birth. If you do miss that first awake period, and you put your baby on your tummy the next time he wakes, the reflexes will kick in to start the process again - but all the steps need to happen again. It can take some time. Don't be discouraged if you pick up your baby and he doesn't latch straight away. Keep him at your breast. Give him the discovery time. You will probably find that he will gradually make his way to the breast and latch if you give him enough skin to skin time with you.

What if your baby still doesn't latch? 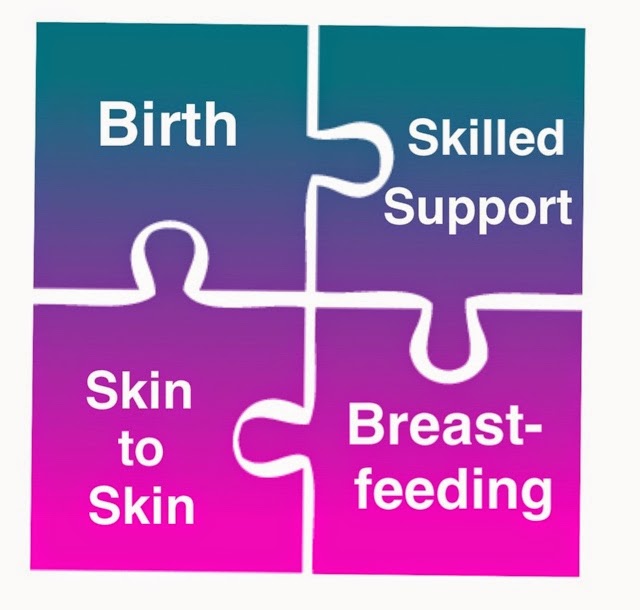 Breastfeeding is about more than the first few hours or the first few days. If things don't all fall into place easily after birth, that's ok. There are lots of routes to getting breastfeeding started, and this is where it is important to know who to ask for help. If your baby doesn't latch immediately the important things to remember are to feed the baby your colostrum so that he does get milk. Keep your baby close. If you are in the hospital ask the midwives to help. You can easily express a few drops of colostrum onto a spoon and give it to your baby. Would giving a bottle box formula be easier? Look around the maternity ward! The chances are that most of the babies have had some kind of intervention during their birth and are sleepy too. The mums who are using formula are struggling just as much and are spending a long time trying to feed small amounts of formula to their baby. It's just the same, but your baby is getting the massive benefits of colostrum - which have a lifetime effect on protecting his gut. If you express every hour or 2 and give it to your baby he will begin to wake up in time. Keeping him skin to skin means that when he does become more alert he's right where he needs to latch and start breastfeeding.

If you are at home and finding your baby won't latch, look for skilled help. Keep feeding your baby your colostrum frequently. Rest with your baby and allow yourself lots of skin to skin time. Your community midwives can help with getting your baby to latch, or you can ask a voluntary breastfeeding counsellor or a lactation consultant. Many health trusts in NI also have peer support mums who will help. There is support available if you just ask for it. It's ok to ask. A couple of hundred years ago you would have probably birthed your baby at home, surrounded by your mum and other female relatives (all of whom would have been experienced in breastfeeding). Your skilled support would have been built in to your family unit. Today our skilled support is in a wider support circle of other women who have breastfed their babies and will help you to breastfeed yours. It gives you strength to tap into this network of support.

Breastfeeding in the first few days can just fall into place or it can be tricky - but parenting is a messy and tricky business. Your baby wants to breastfeed, he just needs a little time. Give him time, and hold your baby.