I've been thinking a lot about compassion over the last few days. World Breastfeeding Week has just ended, and the cyber world has been full of content about how to make Breastfeeding Work. There have been beautiful brelfies and inspirational stories. At the same time there was so much hurt expressed. Articles from outspoken critics of breastfeeding, personal stories from mums where breastfeeding didn't work as they hoped, blogs about pain and lack of support. I read facebook threads where mums expressed their great joy at feeding their baby and others where mums talked of their baby being supplemented against their wishes; comments where women had reached their goal and were ready to wean; and others where the mother felt forced to wean before she was ready. Such a mix of joy and grief, and it left me wondering what articles were most appropriate to post on my own Facebook page. 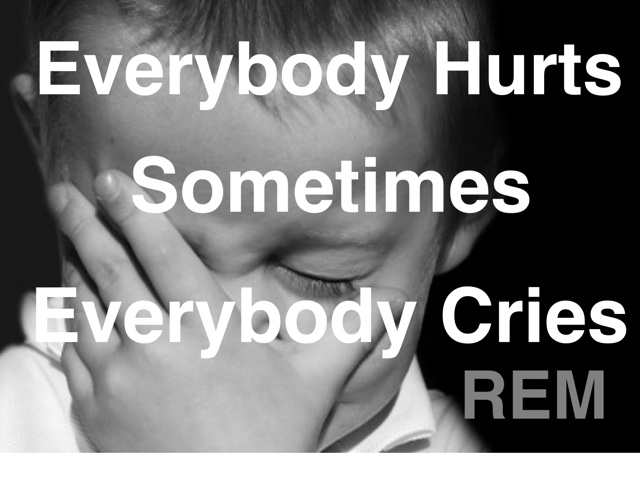 Grief - it isn't often talked about in relation to breastfeeding, but grief is often a huge part of our exprience as mothers. It can come as part of the package of pregnancy and birth. Every year in Northern Ireland approximately 5500 couples attend a GP for fertility issues. When you consider that there are around 25000 births annually in NI, over 5000 with sub fertility is a large number. 1 in 3 (or 1 in 4 depending on what you read) pregnancies end in loss. I have had 2 pregnancy losses and I know that the way that a mother is treated around the loss of her baby can massively compound or ease the grief. Some women suffer traumatic birth and have subsequent PTSD as a result. Kathleen Kendall-Tackett, a LLL Leader and researcher writes extensively on post partum grief and depression and comments that the percentage of women suffering full PTSD following birth in the U.S. is greater than the percentage of people of lower Manhatten who suffered PTSD after 911. That is a huge statistic. I was unable to find a percentage of women suffering PTSD from birth trauma in N.I. but since the NHS now has clinics dealing specifically with this we can assume it isn't negliable. Research shows that 1 in 4 women have or are suffering domestic violence, and 30% of domestic violence starts during pregnancy. Yet more may suffer psychological trauma from a premature birth or necessary or unnecessary separation from their baby after birth.

What does this have to do with breastfeeding? It has everything to do with breastfeeding, because our experiences shape who we are and the decisions we can make. Reproduction and breastfeeding (which I see as part of the reproductive process) is a high stakes business. A woman who has been traumatised in birth or abused simply may not be able to contemplate breastfeeding. It may just be too much to bear and she may need to set some limits around her physical boundaries. Women who have had infertility or losses may have a loss of confidence in her body which may negatively affect her experience of breastfeeding.

Even without overt trauma, women often have a confused and conflicted relationship with their breasts. Our society has lost its relationship with breasts as a functioning gland and instead uses them to sell products, advertising which often has little regard for the rest of the body those breasts are attached to.

After birth whether we choose to breastfeed or not, milk is produced and our Breasts change and we need to reconcile the conflict between what we thought our breasts were, and what they are now. That is not easy, and for some it may be too much.
For others, breastfeeding is what heals trauma. It can be what brings them into a new safe and healthy relationship with their body; the discovery of the purpose of breasts as biological can resolve confusion. The association between them and a new kind of biological mothering relationship can be healing. Nourishing and growing a child from her breasts can give a new mother confidence which she may have lost due to her pregnancy or birth experiences. Keeping a baby close can also help to undo the damage done by necessary or unncessary separation in hospital.

Between the 2 borders of exclusive breastfeeding and total formula feeding there is a huge range of choice and experience. There are women who want to combi feed by design of course, but so so many others who feel pressured to supplement due to low weight gain or jaundice or because their baby is feeding frequently. There are those who feel they have no choice but to supplement or move to formula due to nipple pain, blocked ducts, mastits, thrush, reflux, dietary issues. There are those who have ended their breastfeeding because their baby's tongue tie was not recognised or adequately treated. Others continue while in pain. Everyone feels pressure. Pressure to breastfeed, pressure to formula feed. Pressure from health care professionals, pressure from family and friends. Often it isn't seen as pressure. Often it is well meaning, but each little comment: "is he feeding again?"; "how do you know how much he's getting?" is pressure.

Yes I know some will read this and say, "I chose to formula feed. It had nothing to do with grief, loss or any other experiences". That's fine. You have your experiences and your choices, and others have theirs. I am not for one minute saying that everyone who chooses to feed their baby formula is doing so out of grief, but I am saying that some do, and for many others the move to formula before they wanted to brings a sense of loss and grief and we should be mindful of that. When one mother thinks, "I don't understand why she didn't even try to breastfeed", I say that perhaps there is no way you can. If you had lived the life of that woman then maybe you would have made the same choices. Likewise for those who think that breastfeeding mothers are making some kind of selfless sacrifice then please realise that if you were in her shoes you may have made the same choices and actually be taking great joy from breastfeeding.

The birth world is waking up to the reality of needing to explore grief around birth processes. Where some now recognise that a healthy baby is not all that matters, i believe the same is true for breastfeeding. Ignoring the grief and loss helps no one. When we ignore the pain we tell the woman that her feelings do not matter. Women are told, "your baby got colostrum and that's what matters", or "there's no value in it after 3 months anyway" or the old, "well it never did mine any harm".
Colostrum is not all that matters. Putting aside any normal need for breast milk, the fact that the woman wanted to breastfeed matters! Women know that it has value past 3 months. Quite apart from the messages telling her that her baby needs breast milk for at least 6 months, the act of breastfeeding has value to her. Hearing that breastfeeding just doesn't work for everyone just creates more confusion and conflict. Why wouldn't it work out for everyone? What is wrong with me when it works for others? Often years after their nursling are grown, women talk about how they weren't able to breastfeed. "Oh I tried but I didn't have enough milk". "I couldn't breastfeed because .. ". Or they remember with horror the awful mastitis that caused them to stop. It is often associated with a deep sense of failure. I wasn't able to. This sense of failure is exactly the same as the sense of failure that often is linked to birth interventions or birth trauma.

Support is saying, " I see you. Tell me your story. What do you want to do and how can I help you? I am here."

Maybe later you can talk about how to overcome those issues, or what could happen in the future, but doing this without first connecting, really connecting, is pointless. If we could listen to each other, connect and accept each other's experiences as valid then the mummy wars would have no fuel.

Yes, I believe that all babies deserve to be breastfed and that if babies had the choice they would always choose to breastfeed. I recognise, however, that not all mothers are in a place where they can do that right now. With good support maybe they will choose to breastfeed a subsequent child. Maybe they won't but that's not for me to judge either.
Support is compassionate. Support is non judgemental. Support which listens while a woman relives her exprience with you can help her to process that experience. It can weave a new thread through the tapestry which gives the entire picture a new hue, or sometimes it won't - but at the very least it can leave the woman feeling heard, her experience recognised and her feelings accepted. Isn't that act healing in itself?

We could all do with approaching each other with more compassion. I was reminded about this yesterday as I got on a plane for a family holiday. As we sat on the tarmac and the clock ticked past our take off time the pilot announced that we would be delayed due to some passengers who would not be travelling. Their luggage needed to be found and taken off the plane. We grumbled about the delay assuming that since they had cleared security and luggage had been stowed, that the passengers must have been drinking or rude to staff. I later discovered that it was a family, and the reason they didn't travel was because their son was too afraid to get on the plane. A family has lost their holiday,and a small child was terrified and they need to deal with the aftermath of that.