What to Expect after Tongue Tie Release (2 steps Forward, 1 step Back)

When breastfeeding isn't going well, it is distressing. When problems persist, or don't resolve with simple positioning and attachment changes tongue-tie is often queried. Sometimes parents query tongue tie from information on the internet. Sometimes friends suggest it may be a tongue-tie problem. Sometimes HCPs who aren't trained in functional assessment, suggest it may be tongue-tie and refer 'just in case'. When parents have a potential diagnosis of what has been causing the problem, they are relieved. They feel validated that there was a reason for the issue, and more importantly that there will be a solution. They become focused on the frenotomy procedure and the hope that it will resolve all the problems and breastfeeding will then become easy and problem free from that day on. Some dyads do indeed experience this. In my experience of supporting mums however this is the minority of cases. It is much more common that progress after tongue tie release has a 2 steps forward, 1 step back type of movement for some time. In any part of life progress often isn't in a straight line.

What to expect after tongue release?

Commonly people see an improvement in latching and in feeding immediately after the procedure and for that day and maybe the following day. Often things then get worse again. This is normal and expected. The tongue has been moving in a particular way for months (even if you have a very young baby) as swallowing of amniotic fluid begins early in pregnancy. When the tongue is suddenly released the baby can start using it differently, more effectively, but it's important to remember that the tongue is a muscle. Like any muscle which does a lot of new activity, the muscle can get tired and tired muscles are achy. I often tell mums that it's similar to someone who hasn't run before suddenly getting up and running a 10k. A couple of days later they may be hobbling around and not even walking as well as usual. Over the course of the next week mums often describe "good" feeds and "bad" feeds. As the week progresses generally they find more and more "good" feeds and fewer "bad" feeds. The tongue muscle is building strength through movement. Usually by the end of that week mums are seeing a good enough improvement that they can see there is a forward direction of travel, but it can take another week or 2 till everything settles into a nice, more predictable pattern of sucking.

Relearning tongue movement isn't the end of the story either. Most mums are aware that babies have growth spurts, and during these growth spurts some behaviours seem to regress. We talk about sleep regressions, and times when babies need us more intensely. In fact researchers have found that periods of regression followed by a leap or expansion of abilities is universal across mammals (see the Further Reading section below).

What I have found in the practice of supporting mums, and also in my own personal experience with a tongue tied baby was that tongue movement also can regress at these times. During growth spurts (or neurological leaps) mums report fussy feeding again, difficulty managing flow again, more reflux, poor weight gain, problems latching or maintaining latch, less time at the breast etc. Those that had pain at the start sometimes report some discomfort again and many Mums wonder if their baby's tongue could have reattached at these times. Generally as the growth spurt ends and the baby seems to become more neurologically organised again, sucking suddenly becomes better. The problem is once again gone and feeding becomes easier. As we all know though, growth spurts / neurological leaps are frequent and not spaced too far apart in the early months. Just as things seem to be going well again, another growth spurt and corresponding regression hits. This doesn't mean that you aren't making progress though. Each regression period is often a bit easier than the last. Partly this is because the baby is bigger (bigger mouth, more control of his movements, more neurologically mature), partly it is because you will be more experienced at how to manage the difficulties). Going back to the basics of what helped in the early days often is what works again. If breast shaping helped in the early days, it may help again during these periods. If particular positions helped, they may be the positions which work again now. As your baby grows during the first year his new more efficient tongue movements get continually more "ingrained" into his muscle memory and regressions become less and less of an issue. 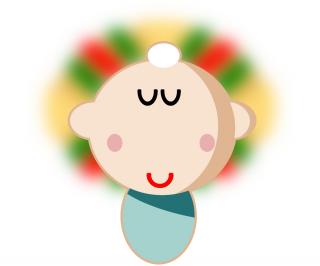 If you don't see any improvement after Release

If you aren't seeing any improvement at all after frenotomy get in touch with your local IBCLC, or whoever referred you for the procedure. Your IBCLC may suggest some sucking exercises to help strengthen the tongue muscle. Aftercare from a tongue tie release can vary widely across different areas of the world so its important to talk through care with your IBCLC and tongue tie provider. There is more on aftercare in the further reading section also.

Your IBCLC may want to reassess your baby's tongue to see if there is some restriction remaining. Sometimes a repeat procedure is needed, but sometimes as discussed in the blog on bodywork and tongue tie, restriction can come from elsewhere, and birth practices can have a big effect on tongue function. Exposure to an epidural during birth, for example, has been shown to affect the suck-swallow-breathe response for up to a month after birth (Sepkoski, Lester, Ostheimer & Brazelton, 1992). Linda Smith IBCLC states that over a 3 year period in her practice 45% of the babies she saw with suck problems had been exposed to epidural anaesthesia. She states:

After eliminating the tongue-tied babies, 52 remained with impaired sucking response. Of these, 28 (54%) had been exposed to epidural anesthesia. The "poor sucking" seen in these babies was not correctable with improved positioning at breast; most of these babies also had difficulty taking oral fluids by other methods and required extensive therapy.

Forceps, vacuum extraction, cesarean sections, inductions - they all affect skull moulding and sucking, both through position of the tongue and also how the moulding affects the position of nerves which innervate the tongue. If the nerves are affected by skull moulding (for example being compressed) then snipping the frenulum won't make the dramatic difference that the mum hopes for. In those cases bodywork may be needed and/or support to optimise tongue function such as massage, sucking exercises, tummy time, extra support at the breast.

Getting The Right Support

Sucking problems can be a tricky area to navigate. Involving an IBCLC or breastfeeding supporter who is able to take the whole picture into account, and do a thorough breastfeeding assessment is key, looking at tongue function, at behaviour at the breast, the birth story and a structural assessment of the baby's body gives you more confidence that your baby's sucking problem is due to tongue tie and that a frenotomy is the right route for you and your baby.
Having realistic expectations of what feeding will be like afterwards, that it may take a little time for consistently improved feeds, and that there will be periods where things may not be so good, helps to take away the emotional rollercoaster effect and helps to reassure you about progress. Progress in life isn't usually a straight line but that doesn't mean it isn't progress!